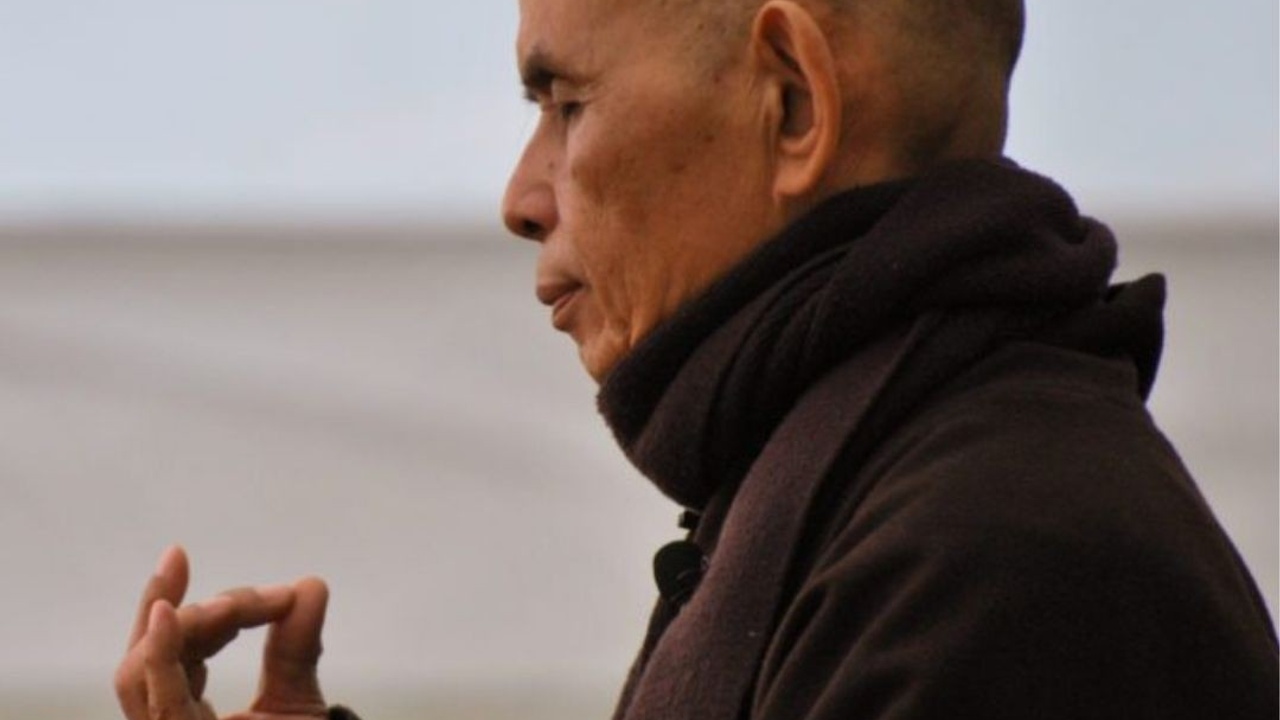 Many people who know that Thich Nhat Hanh is my teacher have lovingly reached out to me in the wake of his passing from his body. I feel touched by this community of kindness, including those who have expressed also being deeply impacted by Thay’s teachings.

The word that continues to come to me in this time of Thay’s transition is not sadness or grief, but that it is a powerful time of transition and continuation. I did not meet Thay until he was in his 70’s, so I can say that he has been preparing us for his passing for a long time. He has taught us about no coming no going, that we don’t come from nowhere when we are born and that it’s not correct to think that we no longer exist when we die. No one is more skilled than Thay at explaining profound concepts in a way that can make sense to child and scientist alike. Thay’s monastic community has put together resources of his teachings on this profound question of, what happens when we die?

Even if we internalize the lessons of “no coming no going,” that doesn’t mean that we don’t grieve. And one grief can bring up past grief. When Thay transitioned, what came up for me was when he had a stroke in 2014. I knew then that I would never get a chance to practice with him in person ever again - something I always knew would eventually happen. It was such a blessing to have had the opportunity to practice with Thay for 15 years prior to that, and my life changed when I could no longer do so. It was bittersweet to realize that the last time I saw Thay was when he ordained me as a lay practitioner into his Order of Interbeing. I continued to practice in and with his global community of mindfulness, and so - it is also not correct to say I was no longer able to practice with Thay.

After his stroke, a patient said to me, “but we need him now more than ever,” to which I responded, “he is with us, more than ever.” And I believe that was true - even as he was bound to a wheelchair and no longer able to give dharma talks, more people than ever before came to seek refuge in mindfulness and the wisdom of his teachings, and that of his monastic and lay students. We are witnessing a similar, if not even bigger, groundswell of people who are moved to learn and benefit from Thay’s teachings, which have been life changing for so many. Whether monastic or lay practitioner, whether you are someone who has been changed by reading one or many of Thay’s books or listening to one or many of his dharma talks, whenever we embody his teachings of being fully present in the here and now, enjoying our breath, and walking in peace, we are all his continuation.

In the eulogy for Thich Nhat Hanh, the Plum Village monastic community expressed how compassionate it was of him to still be with us in body even after his stroke. His community of students needed to build their confidence to carry his teachings out into the world, and in the following years, they did. By the time of his passing, the sangha he leaves behind is strong, capable, and beautiful - they - we - continue to carry his teachings into the world, even as the world needs mindfulness, peace, and understanding more than ever.

Yes, the world needs Thay more than ever. And he is here for us more than ever. I, and many of his students, have expressed feeling that he is actually available for us more immediately than ever before when he was in his body. Two days after he transitioned, while walking at the Berkeley Marina during sunset, I felt Thay’s presence walking with me. I felt his presence in all of the people, pausing to breathe and take in the beauty of this daily miracle. I felt his presence in the air, sky, and mountains around me. I felt confident that Thay, and everything I have ever received from him, would never leave me.