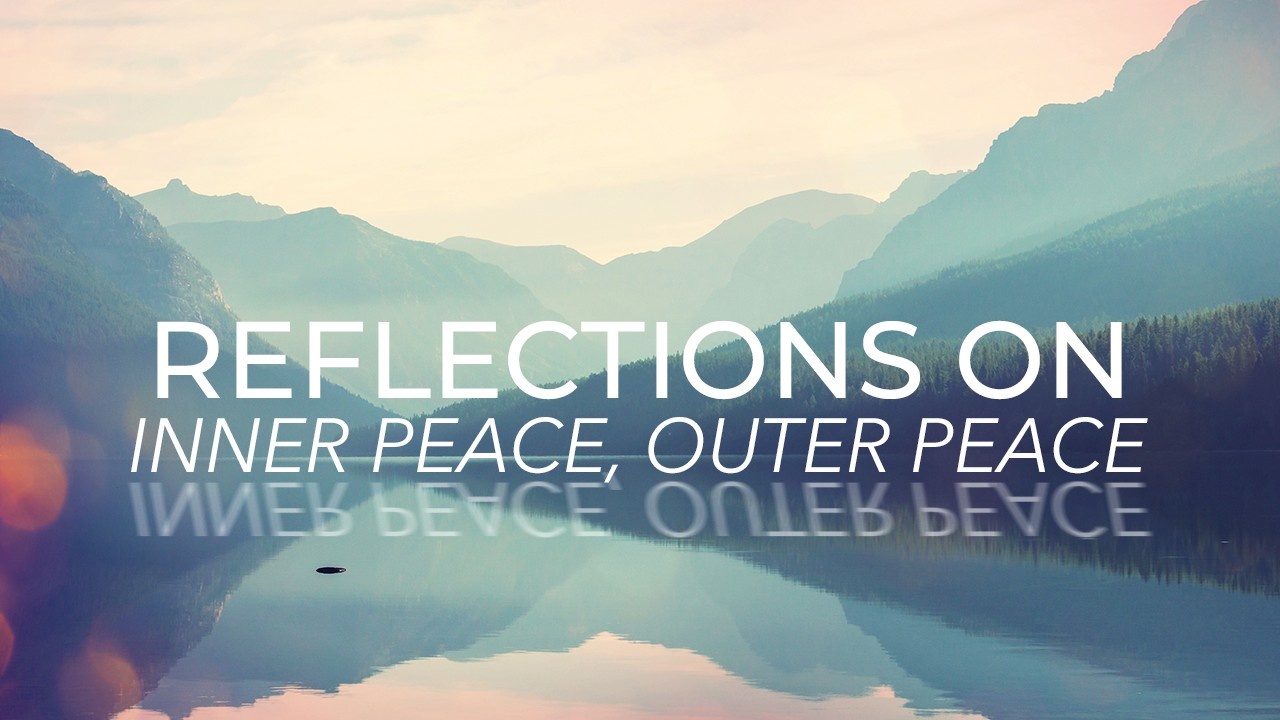 I often say that mindfulness practice is needed in these difficult times: that it’s not only about inner peace, but peace in the world as well. I know that can sound kind of abstract, but an incident recently illustrated for me, and I hope for you too, the connection between mindfulness practice and how we interact with the world around us.

My partner, partner’s mother, and I were finishing up dinner at a restaurant as they were starting to close. A homeless and inebriated man walked in and stood by our table as the servers cleared our empty plates, stating that he was hungry. The servers told him the kitchen was closed. He became more insistent, and my partner reiterated that the restaurant was closing and we had no leftovers to share. Suddenly the gentleman began hurling epithets at my partner, moved around the table toward her, and raised his fist, threatening to hit her.

Without thinking, I jumped up and put my body between the man and my partner. This act of violence was not going to happen. I looked into the man’s eyes, his fist just inches from me. He said once again that he was hungry, and I said, “I hear you.”

He lowered his fist, and the restaurant staff proceeded to corral the gentleman toward the door. I sat down, but they could not get him to leave and he was becoming agitated again. I went to the door and when the man saw me he said “I’m hungry.” I said once again, “I hear you,” and turned to one of the servers, asking if they could at least give him some bread. The man said, “I don’t want bread — I’m hungry, I need food!” And so once again I made eye contact and said, “I’ll see if I can get them to give you some food.” He was then calm enough to step outside, and I asked the server if she could please bring this man some food. In a minute, she came out with a to-go box and utensil.

We hoped that would resolve the immediate issue, but then the man began pounding on the glass storefront window from outside. I saw that the box he had been given only contained white rice, and I felt dismayed that they hadn’t really given him food, which should have been easy enough to do at the end of the evening. At this point, the other last patrons became hostile toward the man, threatening that the police were on their way.

In this type of high-adrenaline situation, there is no time to think about one’s actions. Our instincts take over. I credit my meditation practice for training me to “respond not react,” which allowed me to prevent an act of violence and to see and connect with this man’s humanity. I don’t know how it feels to be hungry and homeless, but I know that everyone deserves to be able to eat. While others reacted to his violent behavior with anger or fear, I saw it as a sign of his desperation. And let’s face it, if he weren’t so agitated, everyone, including myself, would likely have just shooed him away and not paid him or his plight much attention.

It made me think about de-escalation skills — which very few people, including police, seem to have. We tend to meet anger and violence with the same, which only escalates the situation. When someone is “behaving badly,” there is usually some pain there that needs to be recognized and attended to. Often, agitated people are able to calm down when they feel safe, seen, and heard.

This is exactly what meditation teaches us to do: to see, with compassion, our deepest selves, including and especially in our most difficult moments. By practicing in this way, meditation strengthens our ability to bring this gift to others. My values have always been along these lines, but I’m not sure if I could have acted as fast and definitively in alignment with them before my meditation practice.

There’s certainly much more that I and we could have done in this situation. Not to mention the larger issue of homelessness and hunger rising daily in our communities as a result of the housing crisis and displacement.

Although nobody got hurt and the man luckily left the area before the police arrived, there was no happy ending to this story. He didn’t get the food or the help he clearly needed. I felt saddened and shaken by what happened. But I did observe one way meditation has trained me to respond, not react. Even under considerable pressure and threat, I felt grateful that I was able to meet the being in front of me with compassion and understanding. Having practiced this within myself, it was good to see an example of how what we practice in meditation indeed radiates outward into the world. What would happen if more and more people brought practice into action in the world?